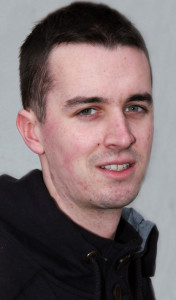 Castleisland Desmonds seniors got their campaign off to a great start in the Credit Union County League Division 2 at home on Sunday against St.Pat’s of Blennerville.  To say they impressed would be an understatement. On paper this was down to be a tight affair. However, Desmonds players seemed to be out to prove a point. They showed great fitness levels with each man working for the next as they set about tactically outwitting the St.Pat’s side.

A minute’s silence was observed at the start of the match for the late Jerry Savage, a Ballymacelligott man steeped in the GAA.

Desmonds played against the wind in the first half.  A free by full-forward, Kieran Hurley gave St.Pats the opening score after three minutes. This proved to be the only time they led for the duration of  the game.

Kieran Brennan, Thomas Hickey and Barry O’Neill added points for the home side. St.Pats were then through on goal.  A fantastic save by Ger Reidy proved crucial as it turned defence into attack and a further point was added to the board.

Desmonds at this stage were winning battles all over the pitch with Pat Fitzgerald and Ciaran Callaghan showing great strength in midfield. The game was what totally changed in the course of the following five minutes:  The home side was awarded a penalty and Thomas Hickey slotted it away at his ease; on the 20th minute Hickey played in a high ball and the bounce caught goalie, Paudie Bailey out and it landed in the back of the net.

The Desmonds backs played very well dealing with Kieran Hurley – the main man at full forward for the visitors. The pressure and tenacity at which they were playing was mightily impressive for all to see. Pats grabbed a few more points before the break leaving it 2-08 to 0-04 at the whistle.

The visitors took a long time to re-appear for the second half and possibly thought that this would get to the host side. If anything it seemed to play in favour of the Desmonds as they hit the ground running and kept up the intensity throughout the half.

Wing-back, Stan Divane has an engine on him like no other and he covered every blade of grass on the pitch. He added two points to celebrate his already very impressive display. Barry O’Neill was there for every breaking ball and put over one of the finer points of the game with an impressive strike from over 40 yards out. Thomas Hickey was running his man ragged and turned all defenders inside out in the course of the game.

One passage of play led to him giving an inch perfect pass to his brother Maurice who stormed from centre back to neatly fist the ball over the bar. A few minutes later Thomas Hickey made another goal with an inch-perfect pass to Barry O’Neill; his emphatic strike led to the third green flag.

Pats added a consolation goal with twelve minutes to go. Desmonds emptied the bench using all subs with every one of them showing great desire. Ciaran O’Callaghan, Shane O’Connor and sub, Gearoid McCarthy all added more points. They finished on an impressive total of 3-19 to 1-10. Best on the day for Desmonds was Thomas Hickey with a tally of 2-06.

Next up for Desmonds is Legion next Sunday, March 30 in Castleisland at 2pm.