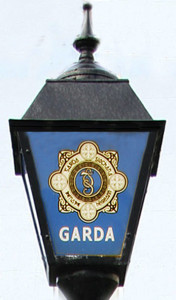 Kerry South, Independent, Tom Fleming TD spoke recently in Dáil Éireann second stage of the Criminal Justice Bill dealing with the burglary of dwellings in rural areas.
“Burglary is rampant and widespread, given what is occurring on a daily basis, and any initiative to combat this epidemic such as the upgrading of the Statute Book through this Bill is welcome. Almost 2,300 more burglaries have been committed following the closure of 139 Garda stations. Some 80 burglaries are committed every day with hundreds of communities left feeling neglected following the closure of these stations, particularly in remote areas far from urban stations. Recent statistics relating to County Kerry indicate a steady increase in thefts and related offences in a number of areas where stations have closed in recent years. For instance, in the greater Killarney-Kenmare area, following the closure of stations in Beaufort, Lauragh and Kilgarvan, the number of crimes steadily increased from 230 in 2011 to 273 in 2014. Likewise, in the Tralee area where the Abbeydorney, Camp and Fenit stations have been closed, the number of criminal incidents increased from 446 in 2011 to 542 in 2014.

It is reaching epidemic proportions. The trend nationally is that there has been a 9% increase in the incidence of burglaries while there has been a 12% spike in the incidence of thefts from shops. Incidents of rural crime, thefts and home invasion have rocked rural Ireland in the past year, with some 28,830 burglaries and related offences having occurred compared to 25,589 in the same period in 2014.

The surge in crime directed at rural communities requires a meaningful Garda presence and exemplary sentences will have to be imposed on those in the criminal community. The number of crimes is estimated to be even higher according to a document published by Central Statistics Office during the summer indicating that around 30% of offences are not reported. That was based on what was examined in a sample year. That level of offences goes unrecorded.

A major factor in this context has been the Government’s plan to press ahead with shutting down vital rural Garda stations. From the start of that process, it has sent out a strong message and signal to the criminal community that it is open season in rural Ireland for marauding gangs to torment the people and create a stressful situation for them. They have enough stresses but this has made matters worse, particularly for people living in isolated areas especially those living alone. There have been many cases like that of the man in County Limerick who died in such an incident. There have also been cases of innocent people having been tortured, subjected to beatings and other punishment. We have also heard that burglary gangs are using high powered cars and night vision goggles to outrun, and foil attempts by, the Garda to intercept them. We heard this week that the surveillance equipment used by the Garda air support unit is 20 years out of date. That needs to be addressed as a matter of urgency. That is another example of how the force has been starved of vital resources in recent years.

The moratorium on Garda recruitment during the recession years has led to a disastrous reduction in Garda numbers, which has particularly impacted on the effectiveness of the force. The Association of Garda Sergeants and Inspectors issued a statement calling for Garda numbers to be increased from the current 12,800 to at least 17,000 over the next number of years. We could start bringing in recruits on a phased basis over the next three to four years to build the force up to the required number.

Law and order and peace of mind in the sense of safety and security in people’s own homes is imperative and it is, if anything, as important as financial security. We should strive to ensure that we meet those goals and ensure our police force has the necessary resources. On the wider aspect of the issue, the stress, worry and the fear caused by break-ins, suffered by many household in recent years is greatly damaging people’s health. In some cases it has led to fatalities. In many cases, families have suffered bereavements due to it. Also, due to the insecurity, people living alone or elderly couples have been driven prematurely into long-term nursing home residency.”