The Kerry County Council team which moved into the NAMA owned, derelict site at the top of Pound Road yesterday morning were well on the right side on the hero/villain scale – if such a measure existed.
Work began on clearing a stockpile of Halloween bonfire material early in the morning and the site was cleared by mid-day.
Residents in the neighbouring areas of: Riverside Drive; An Caisleán Mór, and St. Stephen’s Park began to contact Castleisland based Mayor of Killarney Municipal Area, Cllr. Bobby O’Connell as the weekend and Halloween approached.

A team of workers from the council was appointed to strike the site on Saturday morning and clear out the stockpile. This had the aim of disarming the would-be arsonists and cutting off their opportunity to replenish their stocks.
“I was getting complaints from the neighbours all around here for the past few days and we had to put a plan of action together for this morning. We had to strike today as it would be too late for them to gather enough to build a fire from this evening.
“The health implications and the potential for accidents alone are huge. I mean there would be young children around that fire here tonight with no idea of the harm it could do to them – and of course there would be petrol involved.
“Look at the size of the burnt patch there the wires off the tyres from last year or whenever it was. Fun is fun – but there’s no fun in it for the neighbours here,” said Mayor O’Connell at the site as the clear-up continued. 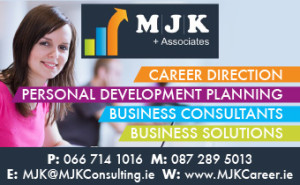 The stockpile was made up of a lethal concoction of: tyres; foam cushions and mattresses; plastic bins, buckets and gallons; fibreglass tanks and, for sheer bad measure, a fractured six-inch asbestos pipe of about ten-feet long.
Neighbours had every right to be afraid and to complain as the fumes from this fire could have left and legacy of serious health issues in its wake.
The fun side of halloween has become gruesome and macabre enough without introducing a poisonous cloud of black smoke into the ingredients.
“The council was forced into providing over-time for this clean-up this morning,” said Mayor O’Connell.
“I’ll be getting onto them during the week to talk to NAMA about recouping the cost of this operation. It’s not good enough that they can leave these site derelict and unattended and walk away from their responsibilities to the people in the neighbourhoods,” he concluded.