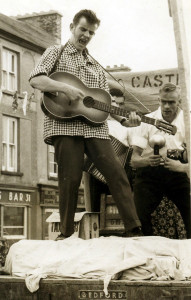 An inquiry from a reader led me, in turn, to inquire from Charlie Farrelly if the Castleisland Races date was being moved back into the year.

I told my inquirer that it was most unlikely but that I’d find out from Charlie. I was wrong.

The races are indeed being moved out to July and several other events with a CF stamp on them are being gathered together and will be melded into a promising looking Summer festival by Castleisland Chamber Alliance.

Brawl in the Hall

Details are not quite all there at present but the Humphrey Murphy Memorial 5K will be added to by a special 10K Road Race. There will be a ‘Brawl in the Hall’ – that’s white collar boxing and there’s a fashion show being pencilled in there too.

This will run over a five day, Wednesday to Sunday period and the Mart Yard is also being eyed up for a proposed Vintage Rally and Family Fun Day and a Food Fair idea has also been pitched in as a runner. 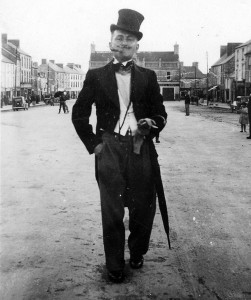 Looking at elements of the most recent St. Patrick’s Day Parade, Castleisland hasn’t lost its liking or links with fancy dress. This ancient form of entertainment was an absolute staple of street carnivals and festivals here long ago and politics and current affairs all got their lash from the exhibitors / exhibitionists.

Add in the obligatory music and sessions in the public houses and you have the makings of a nice festival. Oh, and a bit of weather would put the tin hat on it. More details later as they’re released.

I think that’s the late Tom Browne on guitar with a partly hidden Batty O’Mahony and Seán O’Connell on camera. It was taken during one of Castleisland’s many fancy dress parades and most likely in the late 1950s or early 60s.