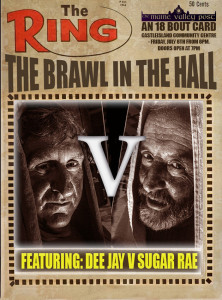 There is a hat-full of ways of describing the Friday, July 8th Boxing promotion being staged by the Castleisland Desmonds GAA Club at the local community centre.

Desmonds players and supporters are swapping their football boots for boxing gloves on that night from 8pm and it’s all for the sake of their club.

It has been described as White Collar Boxing and the first ever of its kind in Castleisland Community Centre – or anywhere else in town.

It could also be noted as the first, post Mohammed Ali era Big Fight Night in Kerry and, probably, in Munster. One way or the other The Brawl in the Hall is promising to be an event not to be missed.

“Some of the best known, local sporting stars are boxing on the night, and there are some greatly anticipated contests lined up to whet the 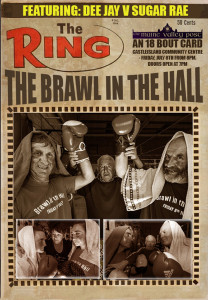 appetite and sell the tickets at €20 each.

There will be no love lost between local barman Jerome ‘Fagin’ Hartnett and baker Edmond ‘Fonz’ Hartnett.

While the bout between the teak tough former Desmonds All Ireland winning corner backs Domo O’Ciardubhain and Wilsie King will not be for the faint hearted.

There is also huge anticipation for the contest between Den Joe O’Connor and TD Danny Healy ‘Sugar Rae.’  Insiders are curious as to the approach these two will take. Will Den Joe adopt the American Style and will Sugar Rae try to dominate the constituency of the ring and count on the judges’ votes to carry the bout.

Also stepping into the ring on the night will be recently elected TD John Brassil and he will be going toe to toe with the popular Kerry County Councillor John Joe Culloty.

It is the contest between the Hartnetts, Fagin and Fonz – no known relations – though that’s exciting most talk at the Limerick Road Corner hostelry.

Dauber’s experience in and out of the ring is working already on Fagin. The wise old head was overheard to tell his youthful charge to give up the fags, get on the road and lots of other stuff about straight lefts and crosses.

“You could go all the way,” Dauber told the barman as he called for another round for the increasing herd of hangers-on the camp is attracting as the bout nears.

The role of Don King in all of this would appear to be falling on the shoulders of Desmonds PRO, Gerard ‘Gerdie’ Murphy 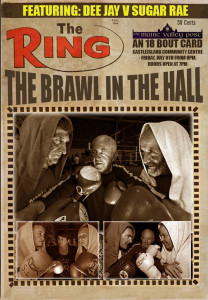 The doors will open at 7pm and full bar facilities will be available on the night and tickets, at €20 each, are on sale from a range of outlets throughout the town.

Each bout will take place over three-one-minute rounds. Every ‘boxer’ taking part has been put through their paces over the last number of weeks by local qualified trainers, John O’Connell and Anthony Walsh.

John will also referee the action on the night, while Munster Boxing Association judges will be on hand to determine the outcome of the contests. There will also be a fully stocked bar in the arena with an exemption all the way through to 2.30 am.

“Abbeyfeale band No Direction will headline the after fight entertainment followed by local DJ John Feehan who will be spinning the discs.

Doors at the community centre will open at 7pm while the action will begin at 8pm. It is advisable for patrons to arrive early as a large crowd is expected,” said the PRO.