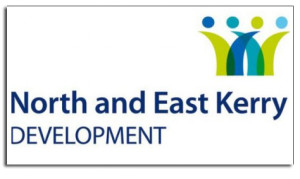 Would you like to have your say about the local government reforms being proposed by Minister Phil Hogan? Then the opportunity to do so is being provided. Dingle, Tralee, Castleisland and Listowel are the areas where these venting sessions are to take place over the next week with the first of the four in Dingle tonight at Benner’s Hotel at 8pm.

At the launch of his proposals last October Minister Hogan said the whole point of his reforms is to ensure that local councils deliver better services to their citizens.

Minister Hogan’s bill also provides that, in future, no separate structures will be established outside of local government for the delivery of public services – unless clearly necessitated.

However, this is something the NEKD, and other bodies like it around the country, clearly take issue with.

“Over the last number of decades, North & East Kerry Development (and its predecessors) have worked with their communities to combat disadvantage through the delivery of a range of programmes that assist the long-term unemployed, combat social exclusion and poverty, assist people in creating their own business, and offer training and education so people can develop their skills, and participate fully in society,” according to a support rallying letter from the NEKD management.

“Government-led proposed changes to important local development programmes include privatisation through competitive tendering, and therefore this developmental work and existing supports to community organisations are now under threat. This will mean that any for-profit company in Ireland or outside could bid for the next round of programmes such as the LEADER RuralDevelopment Programme and the successor to the Local Community Development Programme (LCDP) … and this might just be the start!

This is your opportunity to show your support to the Local Development Sector and its work, and we are urging you to attend, become informed on these issues and get behind NEKD,” the letter concludes.