The Socialist Party’s message to the Irish electorate last week was simple: Go out and vote. Make the local and European elections a referendum on the Property Tax and Water Charges and make your vote count. 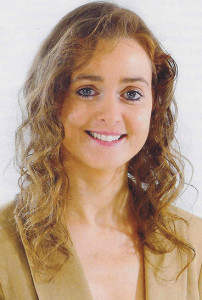 Cllr. Anne McEllistrim – Inspiration from tales of hardship on the door-steps.

The message was swept away by the over-powering news of the arrest of Sinn Fein President Gerry Adams.

Even so, the politicians are taking it on the chin as they carry on their relentless search for votes throughout town and country.

The two great unifying topics in this twin election campaign are, of course, the new taxes on property and water.

However, Fianna Fail Cllr. Anne McEllistrim is also finding that people in the Castleisland area are holding up community grievances more this time than at any other she can recall.

The occasional flooding of Kilbanivane Cemetery has come up several times on her visits here.

“People who have loved ones buried there are finding it very distressful. I’ve also been told that graves are being pumped out as funerals approach the gates of the cemetery in times of heavy rain fall,” said Ms. McEllistrim.

The rising price of coal and Briquettes is something elderly people are worried about – even at this distance from winter.

“I’ve met several elderly people who told me they have to juggle bills each week and they have to put off buying essentials because of the pressures the mounting costs are putting on their resources,” she said.

“While there are also genuine concerns by people in places like Tullig – where they are still in fear of flooding – the recently announced sewage scheme extension will only work if everyone there will ‘buy into it’ and there are no plans for action there yet to guarantee its progress,” – Ms. McEllistrim discovered.

Cllr. McEllistrim’s tale of woe continued when she met parents worried about their local primary schools losing teachers and she also heard from many elderly people here who impressed on her the importance of The Kerry Flyer Bus Service in their lives and in their battles with rural isolation.

“I’ve spoken to young people who are thinking of giving up jobs because they can’t afford health-care for themselves and their families. Their argument is that they’d be better off on the dole and the benefits that come with it.  They’re involved in a daily struggle to survive now.”

“These are the images, the memories and the messages I’m bringing with me from this campaign. I’ve pledged these people my support and if I’m elected on May 23rd I’ll be in there fighting their corner. You’d want to have a heart of stone not to be impressed by their genuine worries. They’ve certainly inspired me to do whatever I can to highlight their concerns.” said Cllr. McEllistrim.