And now for something completely different. This week our Friday Favourite looks back on an event of just ten short years ago. The world was a different place then. Even 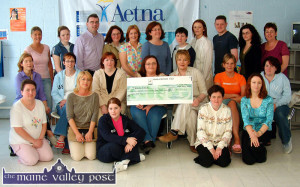 though there were still People in Need there was a feeling that a great, nation-wide effort could sate so much of that need.  But what about the concept now that it’s really needed.

Like many of its kind throughout our ravaged land, this office too has had its atmosphere shattered and its people and contents scattered on the winds of globalisation and recession. The new People in Need are those tethered to the mill-stones of crippling mortgages and the recklessness of those we trusted to lead us not into temptation.