St. Kieran’s overcame Dr. Crokes in round one of the Acorn Life U-21 County Football Championship on a scoreline of 2-11 to 2-06 in Knocknagoshel last night. 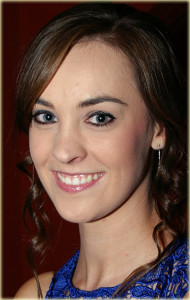 The home side got off to a strong start with Patrick O’Keeffe getting the first score of the match after just ten seconds. Kieran’s looked lively with Adam Barry and Timmy Finnegan also getting early scores, giving the home side a strong lead in the opening minutes.

Kieran’s form dipped slightly and some poor defence by them saw Dr Crokes sneak a goal in the fifth minute. This was followed two minutes later by another Crokes goal, both scored by Chris Doncel, which put Crokes in control of the game. St Kieran’s were driven and some good passing moves resulted in points from Thomas Hickey and Gearóid McCarthy which closed the gap between the sides.

St Kieran’s Shane O’Connor levelled matters with a goal in the 25th minute. However Crokes Daniel Healy answered back with a point putting his side ahead at the break. The half time score was Dr Crokes 2-04, St Kieran’s 1-06.

St Kieran’s dominated the second half, with Dr Crokes only scoring two points in this period. Thomas Hickey was impressive throughout for the home side, despite being double teamed. Both teams made good use of their subs in the second half.

Kieran’s Vinnie Horan found the back of Crokes net to push the home side ahead early in the second half after some good work by Thomas Hickey.

Chris Doncel was very impressive for Crokes, finishing with 2-02, his teammate Tony Brassil also made an impact, as he threatened a goal in the dying minutes which was saved by Kieran’s keeper Conor Kiely. However, their skill could not overcome the good defence from the home side throughout the second half. Divisional side Kieran’s looked very impressive for their first outing, they played very much as a team with every player making a contribution to the victory. If their form continues they could be serious contenders for this year’s championship. It finished St Kieran’s 2-11, Dr Crokes 2-06.

← Of Dogs and Desmonds
Canadian Opportunity Knocks for Hairdressers →