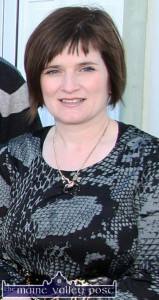 Two very significant developments in Kerry this week speak volumes on how the so-called ‘Green Shoots’ of the Irish economy are having little or no bearing on counties like ours. That we’re paying the price for our detachment from the main hubs of activity is undeniable. It’s undeniable too that the suffering and mental anguish of families trying to put even the basic necessities on the table to feed their children – appears to be away out beyond the scope of the Government’s empathy, sympathy or understanding.

North and East Kerry Development spokesperson, Hazel O’Malley made an announcement  that will be very welcome to many struggling families in these trying times. Ms. O’Malley sent the news here by email. The following day an email from Sinn Féin TD, Martin Ferris tells us that 65 home repossession cases are to come before Tralee Circuit Court today, Thursday, December 18th – a week before Christmas !

Where’s the empathy or sympathy there? Who, under the gaze of a caring God, would drag a family up the steps of a courthouse to repossess their home with Christmas so close and children and the excitement of it all for them? What kind of society are we fostering for the future by administering such Dickensian measures now?

The setting up of the new Kerry Community Food Bank – a joint project between North & East Kerry Development and the Society of St. Vincent de Paul is the one glimmer of hope in this whole sorry saga. It is up and running in the approach to Christmas and that will be an ease to victims of austerity policies struggling to feed their children – at least.

“Over the Christmas period the recently developed Kerry Community Food Bank will be working with the VdeP to distribute food to its clients. We have secured a warehouse in Tralee and, through funding from North and East Kerry Development, are equipping the warehouse and we have also purchased a refrigerated van,” said Hazel O’Malley.

“In the new year the Food Bank will be working with SuperValu, Tesco and other suppliers and expect to be fully operational towards the end of January. At this point it will be in a position to work with a variety of charities that have food needs. Based on initial feedback we anticipate strong demand and therefore we will take time in early January to accumulate a suitable stock level.

We will also be developing a full funding plan and will be linking with relevant groups and business around potential sponsorship,” Ms. O’Malley said. Anyone in need of further information is invited to contact: Junior Locke 066 71 22706 or Robert Carey on  068  23 429 / email robertcarey@nekd.ie.

“On the week before Christmas we have a staggering 65 repossession cases brought by various banks and mortgage companies against people in Kerry. These figures underline the government’s abysmal failure to deal with the mortgage debt problems people find themselves in. Sinn Féin warned the government time and again that their kid-glove approach with the banks would fail and indeed possibly worsen the crisis.

“This government took the side of the banks when they changed the law to allow for easier repossessions and by tipping the Code of Conduct on Mortgage Arrears in their favour over home owners. We are now in the seventh year of the mortgage crisis and the government continues to ignore the plight of families across Kerry and the rest of the state.

“Fine Gael and Labour, like Fianna Fáil before them, policies have been an absolute failure. Sinn Féin has called for the family home to be protected in law and an independent adjudication service to level the playing field for struggling homeowners,” said Mr. Ferris.  – John Reidy, Christmas 2014