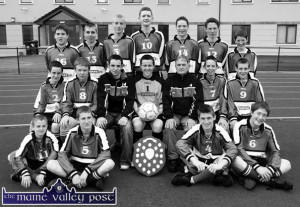 Our Postcard from the Past this week is of a Castleisland AFC U-14 team which became County League Champions at the end of the 2004/05 season.