The Kerry Joint Policing Committee met this week to agree its Annual Plan for 2016 as well as a Six Year Strategy for the committee for the years ahead.
The JPC is a forum for consultations, recommendations and discussions on matters affecting policing of the Kerry Division of An Garda Síochána. The meeting this week was attended by the new Chief Superintendent for the Division, David Sheahan.

Kerry Community Safety Strategy
Setting out its Work Programme for 2016, the committee set a number of targets including the preparation of a Kerry Community Safety Strategy, a Communications Strategy and enhancing relations between community groups and An Garda Síochána. Road safety, drug prevention programmes and town centre safety issues were also discussed.
Chairman of the Kerry Joint Policing Committee, Cllr Niall Kelleher, said, “the JPC draws its members from among elected representatives, council management, An Garda Síochána, and representatives from a range of sectors like community, business and voluntary groups. It is a valuable forum in which to raise issues of concern.

Better Understanding of Crime in Kerry 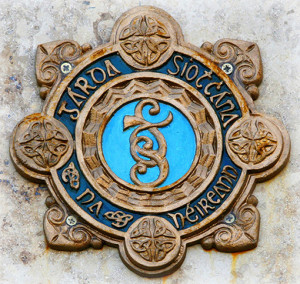 “We also adopted our Six Year Strategy which aims to enhance communication between the key stakeholders, improving the role of the community in crime prevention, making our roads safer and developing a better understanding of crime in the county,” said Cllr Kelleher.
Chief Executive of Kerry County Council, Moira Murrell said that council management is fully committed to working with An Garda Síochána and the Joint Policing Committee to achieve a safer community for everyone in Kerry. She added that the council will do all it can to see the objectives in the new Six Year Strategy achieved.