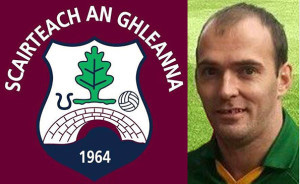 Scartaglen/Cordal minors recorded a comprehensive win over Legion on Saturday in round one of the county league played in Cordal.

Shay Walsh opened the Scartaglen/Cordal account inside the first minute with a point from play. This was quickly followed by a Sean O’Connell goal. Eddie Horan registered his first score of the afternoon with a point in the fourth minute.

Legion raised the white flag for the first time in the fifth minute to leave the score Scartaglen/Cordal 1-2 to Legion 0-1.
Legion had their best spell over the next 20 minutes outscoring the hosts five points to two – the Scartaglen/Cordal points coming from Eddie Horan and Shay Walsh.

This spurred Scartaglen/Cordal into action late in the first half with two goals in quick succession from Shay Walsh and Eamonn Nolan leaving the halftime score reading Scartaglen/Cordal 3-4 Legion 0-6.
Things did not begin well for Legion as a goal from sub Conor Kerin and five unanswered points inside the first nine minutes of the second half stretched Scartaglen/Cordal lead to 15 points.

However, any hope Legion had of mounting a comeback were quashed as goals from Eddie Horan and Shay Walsh gave Scartaglen/Cordal a considerable lead going into the final quarter 6-10 to Legion 0-9.

Scartaglen/Cordal minors next game is away to Laune Rangers on March 3rd. Throw in 4pm.

Scartaglen seniors got their 2018 season underway with a round two fixture against Spa in Killarney.

A minute silence was held prior to thrown in for the late Spa GAA club man John Kelly, RIP.
Scartaglen went into the game without their minor contingent who were lining out Saturday for the Cordal/Scart minors against Legion.

This reflected the first half with Spa scoring 3-7 to Scart’s 0-1. Pa Rahilly scoring the Scartaglen point in the eighth minute.

Scartaglen play Cordal in the re fixture of round 1 this Saturday 24th. Throw in is at 4pm.

Scartaglen GAA Club Lotto was held on Sunday, February 11th for a Jackpot of €2,400.

There was no winner. The numbers drawn were: 3, 21, 22, and 25. The lucky dip winners were: €40 to Connie Sullivan, Kilcummin; €30 each to the following: Jack, Paul and Grace Kerin, Carker; Nora O’Connor-Flynn, Knockrour West, Scartaglen and €20 each to: Mary Horan, Knockeenahone, Scartaglen; Mike Fitzgerald, Dromulton, Scartaglen and Billy Fleming.

© Copyright Notice: All materials and artwork contained on this website are copyrighted by the creators under the protection of Irish and International Copyright Laws. Material may not be downloaded, copied or used without written permission.