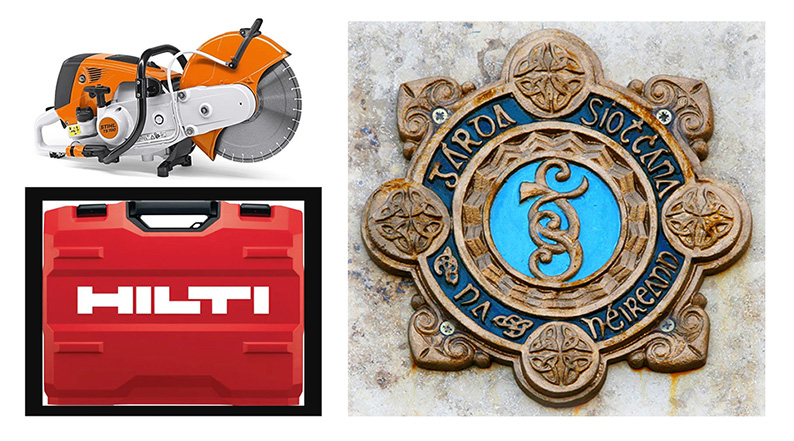 A spokesperson at Castleisland Garda Station has confirmed that an overnight break-in in the locality resulted in thousands of Euro worth of tools being stolen.

The theft of the tools is believed to have been carried out in the early hours of the morning on a shed at the rear of a house in St. John’s Park in the town and the crime is being investigated.

A Stihl Con-saw and a Hilti kango hammer were the most costly and significant losses in the raid which was discovered by the owner at around 7am this morning.

The €800 con-saw just had a new €100 diamond disc fitted and the Hilti hammer estimated at €1,500 was in its distinctive red case.

Gardai at the station in Castleisland are appealing for help to recover the items stolen – which also included a large collection of smaller tools like screwdrivers and boxed tool sets.

This line allows members of the public to call with confidential information relating to matters of crime or other activities that concerns them.