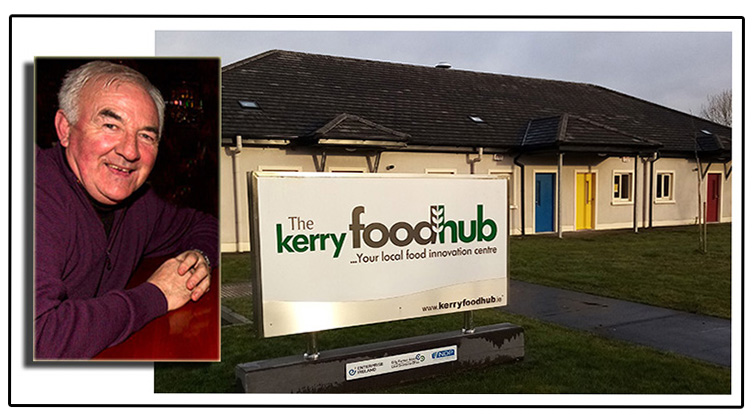 Local independent Kerry County Councillor Charlie Farrelly, who is also a member of the council’s Local Community Development Committee and the Local Action Group has welcomed the granting of Leader funding of €148,674 to the Firies based Kerry Food Hub.

The food hub was built in Firies in 2016 and consisted of four purposely built units which have been fully occupied mainly by artisan producers ever since.

Demand for this type of units means that six more units are being built in Firies, with support from Enterprise Ireland and also support of Leader Funding.

Success of the Facility

“The Kerry Food Hub which was the brainchild of social entrepreneur, farmer and company Chairman David Gleeson, has been a huge success,” said

Cllr Farrelly as he expressed his delighted that the company has been successful in obtaining the Leader funding.

The funding was granted after they presented a detailed application which was made through the local development company NEWKD.

“It was its positive direction, professionalism of approach and its potential for expansion and employment that helped the Kerry Food Hub to source the funding which is now furthering its well laid plans,” said Cllr. Farrelly.

Cllr. Farrelly also said that he looks forward to the building of the additional six units which are expected to begin in the near future.

← Garda Checkpoints Back on the Roads to ‘Encourage Adherence’
Padre Pio Devotions Return on Tuesday Night at 7:30 →